Check Out These 5 Essential Elements of the Unique African Art

Traditional African art is striking in its presentation and objectives. Scorned at one time, the world is now re-discovering the beauty of this art form, as is evidenced by the increasing number of takers for the distinctive objects of art, which showcase the cultural values of different African regions. 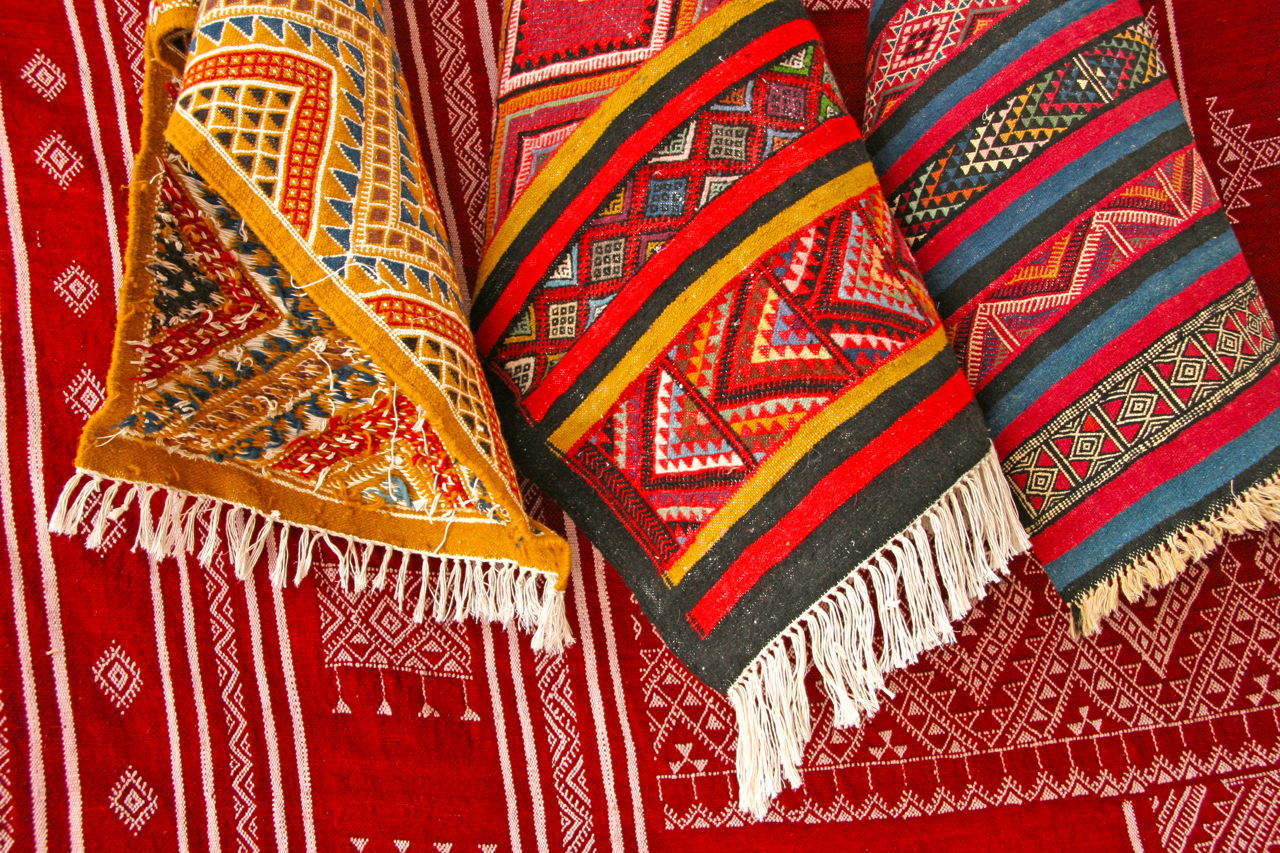 Traditional African art is striking in its presentation and objectives. Scorned at one time, the world is now re-discovering the beauty of this art form, as is evidenced by the increasing number of takers for the distinctive objects of art, which showcase the cultural values of different African regions.

Any work of art, to be appreciated, has to be understood in context of its cultural origin and culturally cherished values. You cannot view a piece of art in isolation of its origin. In fact, it would be appropriate to say that sometimes the culture speaks through art, and art helps us in understanding a particular culture better, in whatever form it may be. Ancient traditional African art, considered for a long time by the western world as primitive and unevolved, is now being hailed as aesthetic and meaningful. Part of the change in perception is due to the efforts of contemporary African artists and the diaspora, who have tried to blend the traditional with modern, using new creative mediums to express the ideas behind these antique works.

Traditional African art forms mainly include masks, sculptures, headdresses, carvings, dolls, cooking bowls, and jewelry. Most of it was made out of wood, as wood was available in plenty (from trees in West and Central Africa) and used a lot in day-to-day life. Traditional African art, in general, was more practical rather than ornamental, in the sense that the objects were meant to primarily serve practical purposes, not decorative. In addition, the arts were a means to reflect the beliefs, workmanship, and status (the more elaborate the work, the higher the status). For example, a mask (of an ancestor or a god) would be worn as part of a rite of passage by a young boy entering the stage of adulthood, or during a war, when the wearer could derive courage and strength from the mask. Similarly, bowls which were meant for cooking, were made artistically to weave some cultural or social value into it. A lot of the meaning attached to the art was symbolic.

Earlier, the Westerners undervalued African art. However, once they comprehended that this was not just a random art-form to adorn walls but had deeper meaning embedded within it, their perspective towards it changed. Artists like Picasso, Matisse, etc were greatly influenced and inspired by the geometric and abstract qualities of this simple yet complex art form. African art depicts the relationships between people and the unseen forces. It strives to attain a greater understanding and knowledge of the world by combining the seen with the unseen.

African art is both simple and complex. It is based on 5 basic elements, which are like common strands running through different works of art throughout the different regions of the continent. It aims to help the people understand their cultural, religious, and social beliefs through their unique designs. It reflected the belief systems, ideas, and values held by various African communities, and encouraged the younger generations to adopt them via various art forms. These elements include the following.

The Use of Human Figure

African art is an artwork created not just to please the eye but also to uphold religious values, and this is why the ‘human figure’ is given prime importance. This art deals with the spiritual and moral aspects of human lives. African artists considered the human figure to have a high aesthetic and religious value and associated it with true beauty. Through human figures, the artists didn’t want to portray a specific set of people. They rather aimed at conveying ideas pertaining to the reality of life. Spiritual beliefs, morals, and principles of life were conveyed through these portrayals. The artists even used animal figurines to put their ideas across.

African figure sculptures have smooth finishes and glowing, well-polished appearances. As per the African belief, a rough and irregular surface indicates ill-favored, unattractive, hideous, and morally-tarnished images. Thus, the artists made sure that their sculptures were polished well, with no irregularities on the surface, so as to be luminous. The human sculptures are also laden with jewelry to enhance their beauty. Sometimes, intricate designs are also made on the artistic pieces. Interestingly, in many of the African languages, there is only one word to describe both ‘beautiful’ and ‘good’. So, obviously, what is good is beautiful and the reverse is also true.

The African sculptures generally have a calm, cool, and composed look. They are designed in such a way that they appear to be in control of themselves. Dignity, self-respect, elegance, and self-esteem radiate from them. These qualities tell us that the artists wanted their artistic creations to be well-mannered, rational, and logical, with straight and upright postures. Emotional outbursts and expressions were not entertained.

The days of youth were considered to be the prime days of one’s life and hence the artists included this aspect in their art. Since youth symbolized energy, strength, activity, fertility, and tremendous vigor, the artists imbibed these attributes in their creations. They did not want to depict any negative vibes and endeavored solely to promote positive attitudes and attributes.

This element is the only one which has some similarity to the Western or other forms of art. This refers to the materials used in balance and proportion to create artistic pieces, while the previously mentioned elements focused on the culture, religion, morals, and aesthetic values.

African art works include a wide range of items, namely animal art, body art, masks, jewelry, pottery, textiles, weapons, sculptures, baskets, currency, and bead work. These stunning objects are highly-sought-after nowadays, and adorn the homes and offices of connoisseurs across the globe. So, the next time you come across any piece of African art, stop to think about the idea that went behind making it. Find out which reality of life the African artists were trying to depict through their artwork. Identify the elements involved in the unique pieces and endeavor to appreciate their aesthetics. 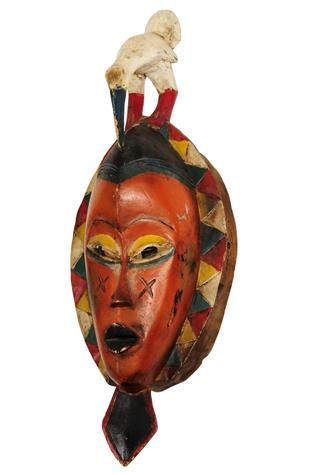 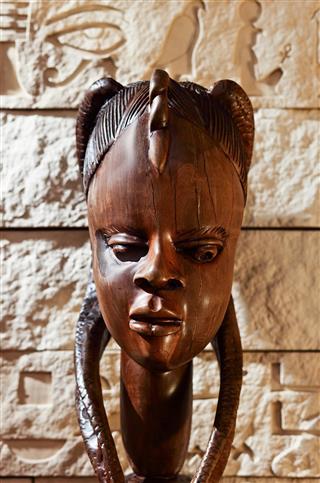 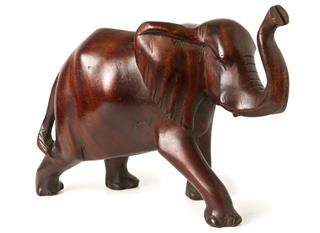 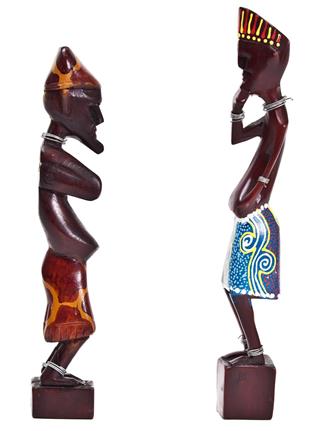 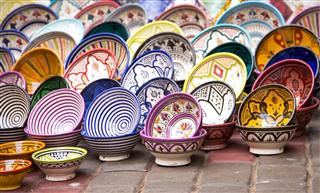 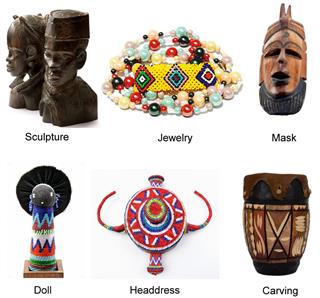 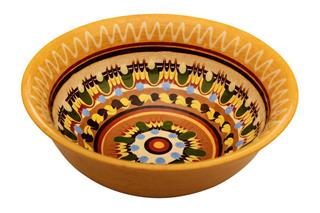