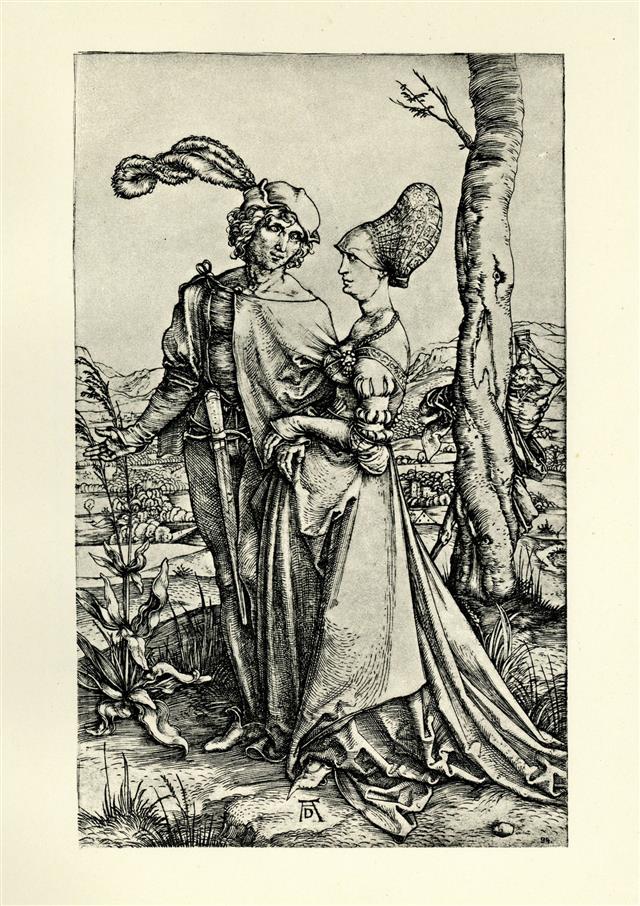 Fleeting moments of flying, sweet secrecy of the predictable, unpredictable ways of nature and man, and their influences on each other have been captured by many famous painters. All paintings were born in the mind of the painter, or were the marriage of the outside world breathed into another hue of experience of the painter from his own internal being and furnished onto a waiting canvas.

While some art work became commendable, other was forgotten. As we all know what comes from the heart touches the heart. The same happened with every unpretentious stroke swept over the canvas. And on something plain was borne a masterpiece that remains etched in our memories forever.

To imitate is in the nature of man. To imitate with innovation is art. To innovate with art is genius. And, to innovate art with genius is a gift of the divine.

Every period in history has had an art movement, made special by famous artists, who made it particularly interesting and appealingly distinct from others. They all had specific characteristics pertaining to the style of painting and the school of thought behind it.

If one were to speak of all the art movements and their artists, it would be an inexhaustible list of names, places, dates, and ample other intricacies. Hence, to sum it up into a smaller form seems more humanly possible at the moment; and so I shall proceed to enlist the art movements with a brief introduction about their salient features, along with famous painters who played a pivotal role in art history.

The Renaissance art characteristics and style of painting spread all over Europe no sooner than it had originated in Italy. The Renaissance paintings and their painters were strongly influenced by the sudden spurt of fresh ventures in academics, highly sophisticated and growing way of thought, stability in politics that flourished and blanketed the last slivers of the ways of the overly-religious and stringently orthodox Middle Ages.

Leonardo da Vinci who made an art out of science and a science out of art was the archetype and is very notably and noticeably associated, amongst others like Michelangelo and Raphael, with this style of painting. The paintings coming from this era had religious themes, the figures in them were well-proportioned, the general details and colors balanced, and focused on perspectives and depths. The famous painters of this period are:

The art of Baroque painting was born in Italy and later spread to other parts of Europe. Baroque painters chose to capture a lot of movement in their art. These paintings were more alive and emotionally captivating than those from the Renaissance and Mannerist eras. There was a stark, sharp contrast in deference to the colors used depicting light and shade in the pictures or even that between the shadowy backgrounds and illuminated figures. The Catholic Church encouraged Baroque art. The famous painters of the era are:

The frivolously ornate Rococo style of art was first held in high regard at the French palace during the reign of Louise XIV and then in French high society. The colors used in the paintings were light and delicate, with detailed atmospheric effects and a considerable softness of drawing and mood. The main subjects were playful aristocratic people. The famous painters of Rococo era:

The Neo-Classic creed that came about in nineteenth century France. This movement originated as a reaction to the Baroque. It sought to revive the ideals of ancient Greek and Roman art. The famous painters of Rococo movement:

Romanticism carried in itself lighter moods than movements that were structured and defined heavily by reason and a comparatively harder mind of science. Painters from this era painted more from the feel of an impulse of imagination and emotion, transcendental experience, and spiritual truth. Seekers of unconventional beauty, they found exotic objects, the mysterious, and nature to be most appealing and these became the core of all Romantic art characteristics.

The Pre-Raphaelites were a brotherhood of seven avant-garde painters. John Ruskin was deeply associated with the Pre-Raphaelite Brotherhood. The paintings appeared almost flat as the source of light didn’t come from just the one particular direction to contour along the depths and shadows; but they were dramatic in deference to their moods and had a graceful appeal.

Symbolist paintings had themes of more ethereal dream-imagery. The meanings were abstract and in the flow of spirituality, perceived more by feeling and emotions than the intellect. The styles of painting were varied.

Famous Painters of Realism (1830-1870)
Realist painters painted their subjects with accuracy and truth in context to color, proportion, shade, and light. Realism and realistic art was influenced entirely by scientific thought. The list of painters of the Realist movement is:

The name of the term was derived from Claude Monet’s painting calledImpression, Soliel Levant ( translated as “Impression, Sunrise”). Impressionist painters were interested in painting transient sunlight and motion, and hence painted outdoors which was novel at that time as all the other art movements’ painters did their work indoors. Constantly changing climate and its effect upon the shade and light of the landscape or object chosen to paint, induced the painters to use quick and short, abrupt brightly colored strokes of the brush, without much prior line-drawing. The history of impressionism, in many ways, outlined itself outside the rules of academic art.

A critic, Louise Vauxcelles, who was visiting the Salon d’Automne of 1905 where the paintings were first exhibited, pointed out to a Renaissance-like sculpture in the middle of the gallery and, in a voice probably loud enough to wake Donatello himself, exclaimed, “Donatellau milieu des fauves.” The next day, the remark was in the papers Gil Blas and this style of painting got its name from the French word les fauves which means “wild beasts”. The Fauvist painters made use of extremely intense and bright colors and the movement was quite short-lived.

The Art Nouveau was an international movement where art found its way in the creation of not just paintings but also objects of daily use. The style was very intricately decorative and detailed and had recurring floral themes. As war creates more destructive energies than creative, this movement died at the onset of the First World War.

Famous Painters of Modernism (1890-1940)
Modernism was the rebellion of the style of art by way of avant-garde in all the art movements between 1890-1940. Their styles weren’t in accordance with their contemporaries.

It was in Germany that Expressionism began. The perspective was such that a viewer could inherently see it from any angle. The Expressionist painters didn’t lay as much stress on the aesthetic aspect as they did on the portrayal of intense emotions in their painting. As an international movement, Expressionism has also been thought to have inherited from certain medieval art forms and, more directly, Cézanne, Gauguin, Van Gogh and the Fauvism movement.

The main basis of the characteristics of Cubism was providing abstract ideas as a collage of geometry in paint. The famous artist list of the Cubism Movement is:

Futurism happened in a time where the world was at unrest and a state of chaos, with both world-wars concentrated in its span. It influenced several art movements in its time such as Art Deco, Vorticism, Constructivism, Surrealism, and Dadaism. The basis of futurism was discarding all that was said of art that made it art and glorifying speed, technology, machines, and violence. Mainly, it was an Italian movement in the rise of Fascism and then spread to Russia and France too. The paintings of this time mainly showed a lot of angular and aggressive sharp lines and movement.

In the Surrealist style of painting, reality is no reason. Surrealist painters found meaning of art in the subconscious and dream-imagery with very subtle, strong emotional currents that perhaps merely gave a glimpse of some deep lingering instinctive knowledge. This meant elements of either shock or at least surprise in deference to juxtaposition, themes, and the ambiguous meanings of them sometimes. Surrealism had developed from Dada during World War I. The famous painters of this movement are:

Constructivism, that originated in Russia was the exact opposite of the phrase “art for art’s sake.” Art was used for reasons either political or social, and for using designs in industry; it became more for the sake of function than for expression. The famous painters of this Era are:

Pop art began in the 50s in England and then in America in the 60s. It made use of contemporary popular and mass culture, and the style is still used in the advertising industry. The famous painters of Pop Art:

Op art mainly was the geometric abstraction of colors in such a way that their space and structure or the forms were made of an optical illusion. The famous painters of the Op art movement:

These have been the famous painters from various art movements, all seeking something new, wanting to change than to conform, and expressing themselves through the medium of color. The famous paintings of the world transcended from inspirations and influences of the worldly and the unworldly and they have inspired and influenced the world that followed and shall continue to do so. 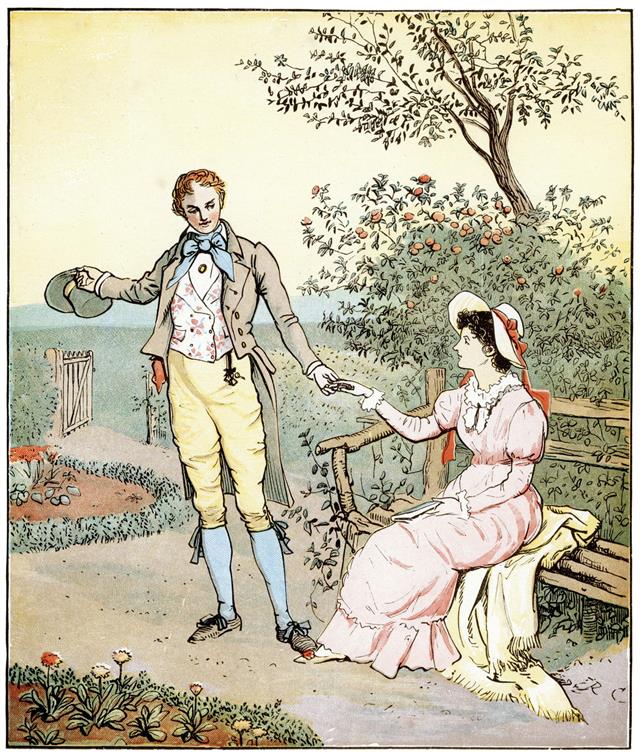 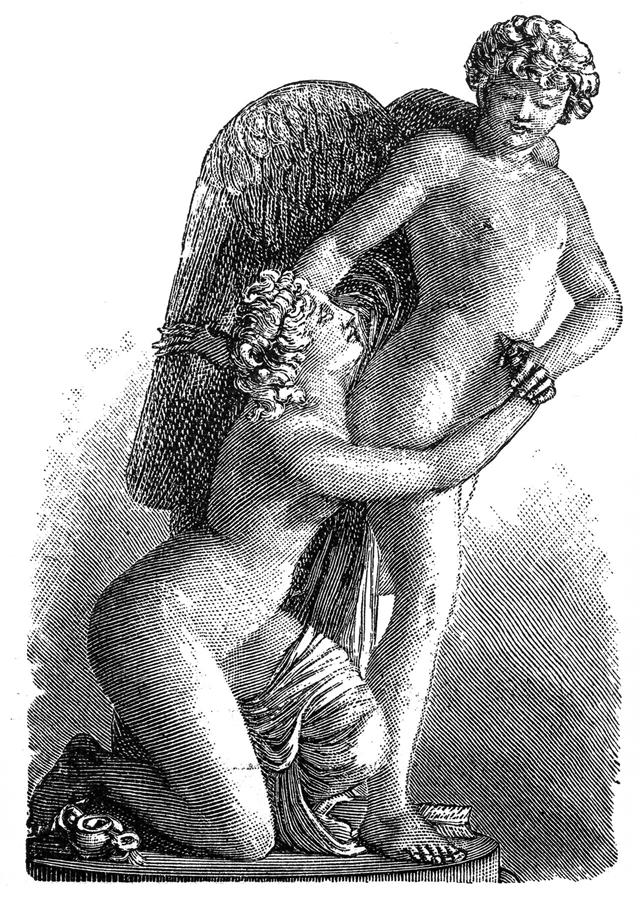