For kids, a pirate is a typical character seen in movies, wearing a black hat with a skull and crossed bones symbol, and traveling on a pirate ship. So, here's a bunch of coloring pages and clip arts provided by ArtHearty. Color them and have fun!

For kids, a pirate is a typical character seen in movies, wearing a black hat with a skull and crossed bones symbol, and traveling on a pirate ship. So, here’s a bunch of coloring pages and clip arts provided by ArtHearty. Color them and have fun!

Jolly Roger is the traditional English name for the flags that were flown to identify a pirate ship about to attack, during the latter part of the Golden Age of Piracy.

Pirates are basically robbers or bandits of the sea. They are infamous for stealing valuables from other vessels traveling the seas. The earliest documentation of pirates is found to be as old as 14th century BC. Even though pirates had been ruling the waters somewhere in history, there is only a single shipwreck discovered till date to prove this.

When there are pirates, there is treasure; but very often, the ‘treasure’ was simply food, water, alcohol, weapons, or clothing. Pirates did not kill if the victim ship surrendered; all that mattered was the loot. Pirates, these days, are mostly seen in movies and cartoons; famous movies featuring pirates include the very popular Pirates of the Caribbean series, Black Swan, Captain Blood, The Pirate Movie, and the like. Also, cartoons like Jake and the Neverland Pirates, Peter Pan and the Pirates, Captain Hook, etc., feature pirates.

*Note: The following images have been provided by ArtHearty for personal use only. Do not share, reproduce, or distribute any of these images in any form. 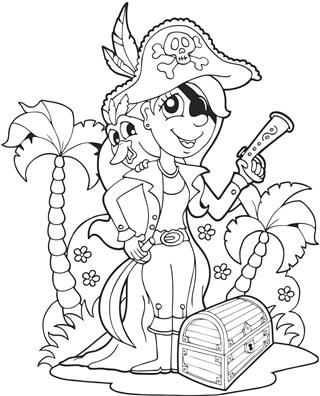 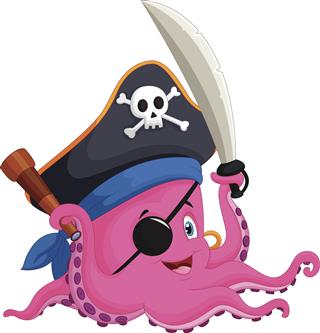 Don’t just let the kids color these pages blindly; you could begin with telling them a pirate story, so that they know what they are coloring and enjoy it better. Try to make the activity of coloring productive, so that the kids learn something along with having a lot of fun. 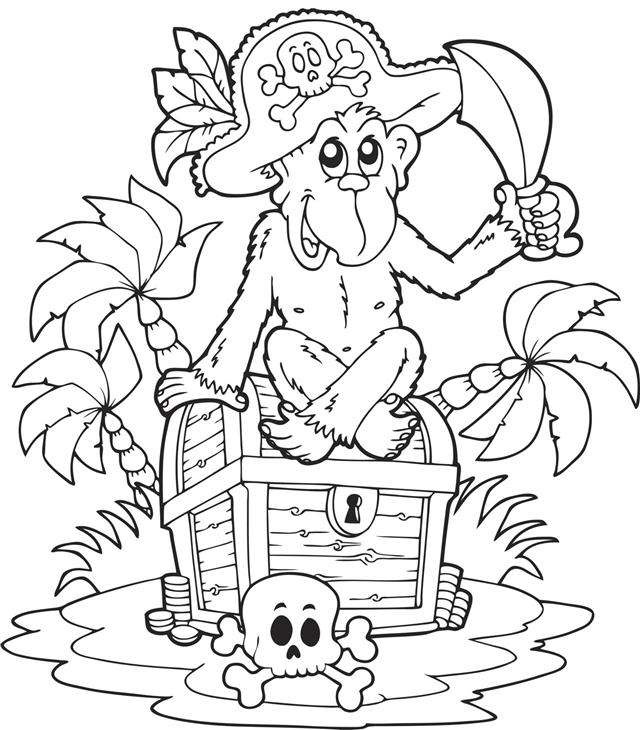