Characteristics and Examples of Post-Impressionism Art With Pictures

As the name suggests, the Post-Impressionism movement was a reaction against Impressionism, which brought a deeper impression of a painter's mind into his paintings. This ArtHearty post puts forth Post-Impressionism art characteristics to help you understand the movement.

Home / Uncategorized / Characteristics and Examples of Post-Impressionism Art With Pictures 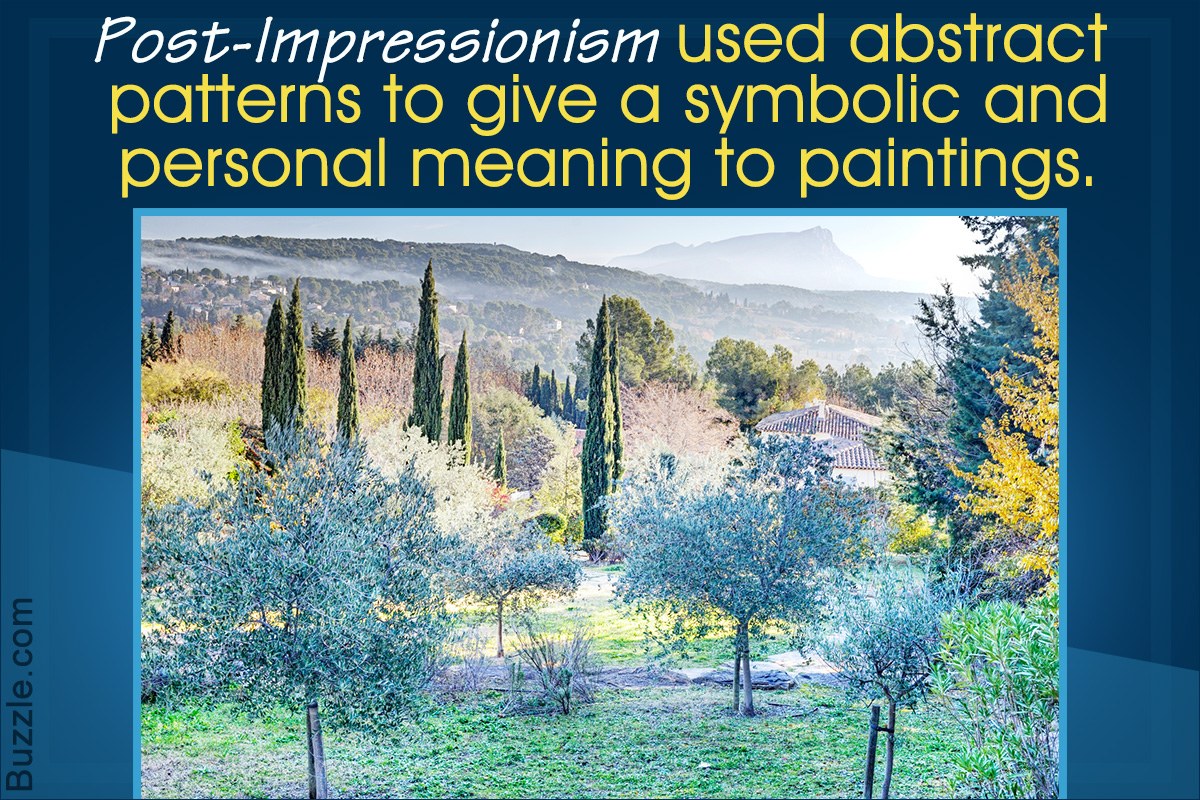 As the name suggests, the Post-Impressionism movement was a reaction against Impressionism, which brought a deeper impression of a painter’s mind into his paintings. This ArtHearty post puts forth Post-Impressionism art characteristics to help you understand the movement.

The term Post-Impressionist was coined by an English artist and art critic Roger Fry. It was included in the title of an exhibition of modern French painters, Manet and the Post-Impressionists, which was organized by him at the Grafton Galleries in London in 1910.

In 1872, a French painter Claude Monet introduced a revolutionary mode of painting through his Impressions, Sunrise (1872). Several painters followed this path, which was rightly termed as Impressionism. The movement focused on visible brush strokes, natural, fleeting light in a particular moment, and a painter’s impression of everyday surroundings. The movement was in rage for almost a decade with its last exhibition held in 1886.

However in 1886, younger artists called for a change. They were not satisfied with how the Impressionism movement’s obsession of light overshadowed the subject matter of a painting. However, these artists could not decide on one way to defy Impressionism norms. The fact about Post-Impressionism art movement is that the artists developed their individual style, which is collectively called Post-Impressionism.

Edvard Munch described the soul of Post-Impressionism aptly in these words, “Nature is not only all that is visible to the eye…It also includes the inner pictures of the soul.”

Post-Impressionists like Paul Cézanne, Georges Seurat, and Paul Signac brought a structure and order in paintings. They used solid colors to depict their surroundings in their paintings. Pointillism technique was introduced, which is a systematic use of small color dots.

Subject matter was reduced to basic shapes using saturated color dots. The style was also identified as Neo-impressionism and Divisionism among the artists. Paintings were made with separated shapes or marks, each with a single color, which the painter believed to be visually blend within the viewer’s eyes.

Post-Impressionist painters Paul Gauguin and Vincent van Gogh painted to give a symbolic and personal meaning to their paintings. Though their subject matter was their surrounding, they refused to look around them to draw inspiration. Instead, they drew inspiration from their memories of the subject matter and what they felt about them. Saturated colors and broad brush strokes were used. They believed in painting the painters’ emotional impression of the things that connect with the viewer on a deeper level. As Vincent van Gogh had said, “I dream of painting and then I paint my dream.” Paul Gauguin developed a theory of Synthetism based on this, which was included in the encompassing Post-Impressionism movement. Pure color, strong lines, and two-dimensional was used to depict artists’ feeling about the subject matter. He had said, “I shut my eyes in order to see.”

Many Post-Impressionists had brought Primitive in their painting by using vivid style and symbolic content. Henri Rousseau pioneered the Symbolism style. The non-Western art forms were usually borrowed. Jungle scenes, simplified and conventional subject matter, and abstract forms were used to present painters’ interpretations of his memories and subconscious.

Though the movement was centralized in France, the style of painting was adapted by non-French artists too. For example, the Norwegian painter Edvard Munch adopted ideas from Symbolism and used them to create his own personal style.

► Though the artists were teamed up under one title, Post-Impressionism, they had their own style. However, they were united in one goal, i.e., to push the limits of Impressionism.

► Post-Impressionists preferred real-life subject matter for their paintings. However, they chose to depict those subject matters from their memory or subconscious mind on a canvas.

► The impression of the subject matter wasn’t the general impression, but it had a deep meaning attached to it. Usually geometric shapes were used for the purpose. Sometimes abstract figures could be seen.

► The movement was known for personal exploration of colors and composition on the artist’s part.

► Powerful brush strokes were used to depict the artist’s impression on the canvas. With thick and spontaneous brush strokes, saturated colored dots were also practiced.

► Colors were vivid in the paintings. Paint was usually thickly applied. Most of the time, single-colored forms were painted side by side, which were merged in the viewer’s perception.

Old Tower in the Fields

Édouard Vuillard, a French painter, has beautifully summed up the whole thought behind Post-Impressionist art movement―”Who speaks of art speaks of poetry…There is not art without a poetic aim…There is a species of emotion particular to painting. There is an effect that results from a certain arrangement of colors, of lights, of shadows. It is this that one calls the music of painting.”