When post-impressionism and pointillism made love, their romantic coalition led to the birth of an unruly child, a child that not just sighted colors in the most banal of things, but saw them as natural emotions. In this ArtHearty post, we discuss the avant-garde art movement of fauvism, its colorful history, its innovative painterly characteristics, and other astounding facts. 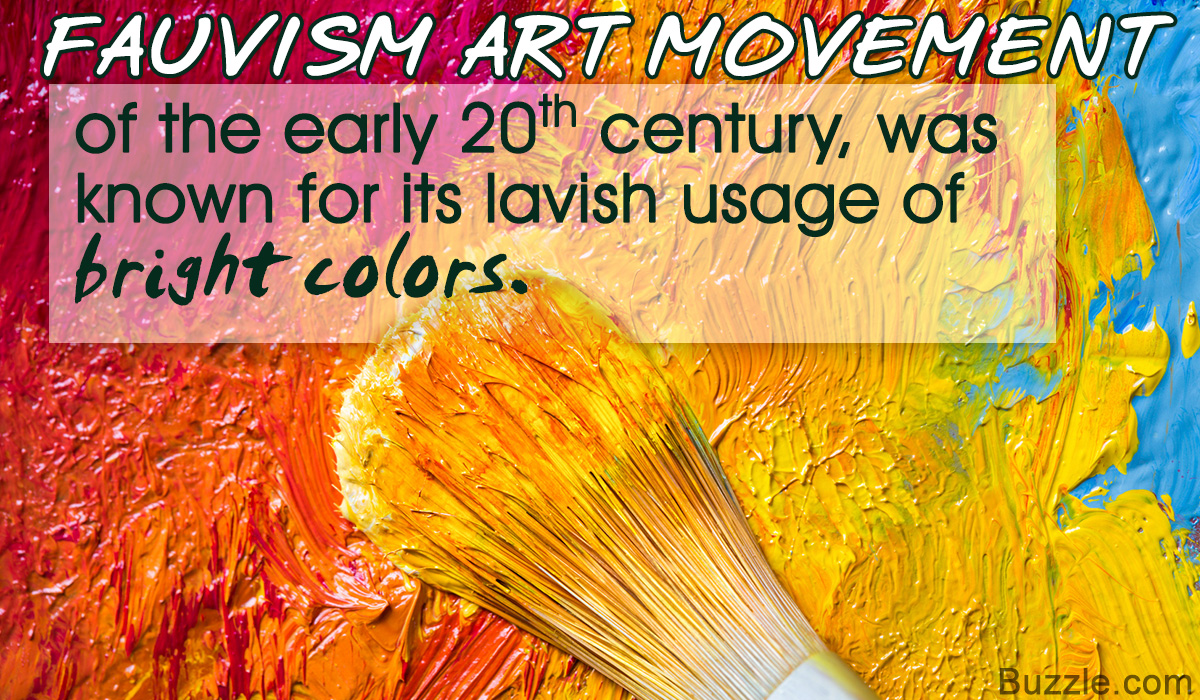 When post-impressionism and pointillism made love, their romantic coalition led to the birth of an unruly child, a child that not just sighted colors in the most banal of things, but saw them as natural emotions. In this ArtHearty post, we discuss the avant-garde art movement of fauvism, its colorful history, its innovative painterly characteristics, and other astounding facts.

“It is only after years of preparation that the young artist should touch color – not color used descriptively, that is, but as a means of personal expression.”
― Henri Matisse

There are some who desire to agitate the complacency of stagnant life, slough off the blasé skin of the past, and break free from the stifling bondage of formality; and there came a group of painters who did it all. These were painters who came to be known by a savage name of ‘Les Fauves’ or the wild beasts; however disdainful the tone might have been of certain Mr. Vauxcelles at the time when he described the works of these nonconforming painters, it still reverberated the easy aggression and unfeigned nature of their creativity that was wild and passionate, truly like a beast.

The fauves distanced themselves from representational forms and naturalistic appearances and treated color as a singular, potent element that governed both―the structural and expressive role of a subject.

Let us first come to understand how this painterly technique evolved.

➼ Post-impressionism, an important experimental art movement that flourished between 1886 and 1905, sired fauvism.

➼ Gustave Moreau, a French symbolist painter, is deemed as a guiding force of fauvism; fauvism heavily hinged on the symbolic vocabulary of colors as well as underscored on the artist’s personal expression.

➼ Many Fauves also took inspiration from Paul Gauguin’s primitivism, including the African Art as well as the Oceanic Art.

➼ Fauves like Henri Matisse and André Derain are also known to be the first collectors of African sculptures. These very radically different forms of primitive art afforded the Fauves with a new visual approach that was simplified and exotic.

➼ Pointillism pioneered by Georges Seurat also influenced the Fauves; however, intense and bold colors supplanted the harmonious colors as well as the pointed motifs came to be replaced by unrestrained and bold brush strokes.

➺ Fauvism did not hew to any artistic tenets as such, but wrought their painting with bright and unnatural colors. The Fauves aimed at unshackling colors from their representational role, and thus, sought colors that emphasized sensation than those which merely conveyed the likeness of form. For the Fauves, colors were emotive elements, and hence, they used them to give strong visuality to their artistic vision.

➺ Another salient feature of fauvism is impetuous brush strokes. The Fauves believed that details in a painting disturbed its emotional value; hence, they chose bold, broken, and unmodified brush work to steep the painting in spontaneity and emotions.

➺ Since the Fauves chose simplicity over complicated forms, they naturally disregarded three dimensionality; however, not per se, but three dimensionality in Fauves painting did not give any idea of depth as they did not paint shadows. Hence, they favored simplified forms that were punctuated by planes of colors (meaning that the colors held their own unique place on the picture place without trying to create any harmonious effect).

➺ “I used color as a means of expressing my emotion and not as a transcription of nature” as André Derain once quoted decidedly puts forth the emotive attribute of Fauves painting. Fauvism was intrinsically linked with tempestuous play of colors, hence emotions. They believed in the expressive potency of colors to crystallize their inner visions.

Other Facts about Fauvism

➾ Though fauvism began as a painterly style around 1900, as a movement, its journey was brief that lasted between 1904-1908.

➾ A witty art critique named Louis Vauxcelles during his visit in the 1905 Salon d’Automne, sarcastically referred to the painters as ‘Les Fauves’, meaning wild beasts, owing to their distinctly bold and vivid color palette.

➾ Though the Fauves were influenced with postmodern painters, they, however, refrained from postmodern subjects and chose traditional impressionism subjects such as landscapes, cityscapes, and portraits.

➾ Despite lacking formal knowledge of color therapy, the Fauves solely rested on the emotional quality of colors and defied the representational norms of it.

Despite being short-lived, fauvism cast a stark impression in the minds of many and enjoyed commercial success before expressionism and cubism eclipsed its popularity.