The Hellenistic Period witnessed the glory and power of the Greek Empire reaching its zenith. This era was marked by a great deal of progress, particularly in the field of art. This ArtHearty post chronicles the features and achievements of Hellenistic art. 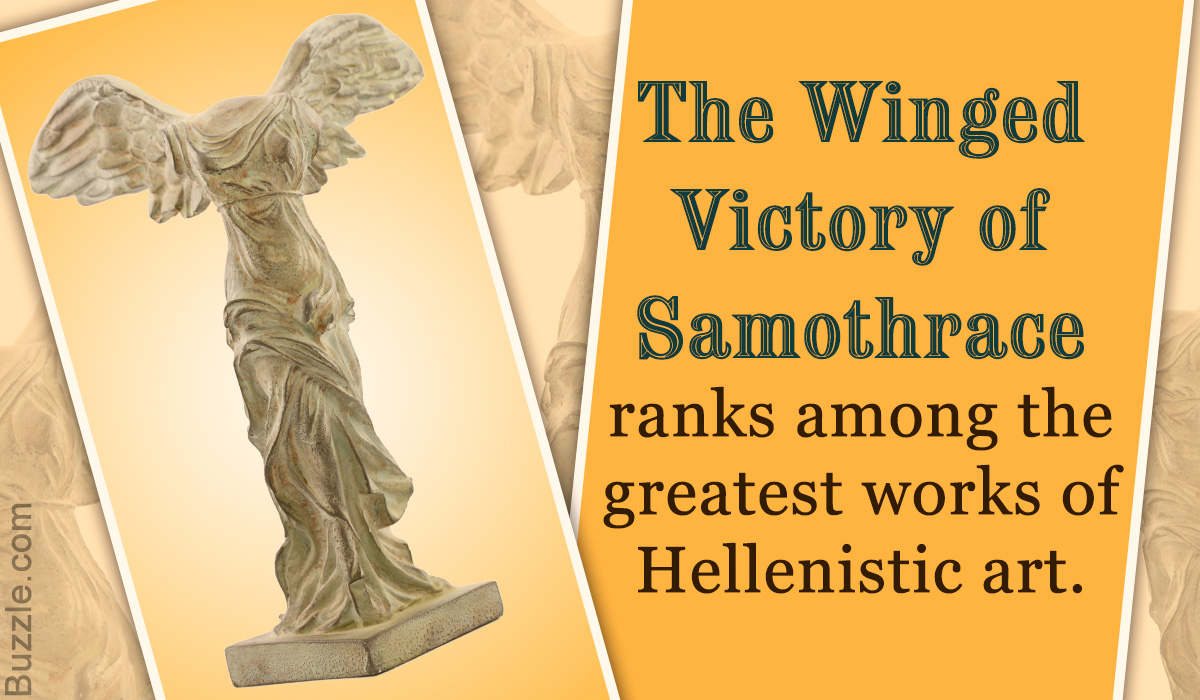 The Hellenistic Period witnessed the glory and power of the Greek Empire reaching its zenith. This era was marked by a great deal of progress, particularly in the field of art. This ArtHearty post chronicles the features and achievements of Hellenistic art.

The term ‘Hellenistic’ was coined by historians as late as the 19th century. It is derived from the word Hellazein, which means to identify with the Greeks. The Hellenistic Period began following the death of Alexander in 323 B.C., and lasted until 31 B.C., by which time the Romans had almost conquered all the territories under Macedonian rule.

Macedonian king Alexander the Great led the biggest expansion conquests for the Greeks, establishing kingdoms in North Africa, Persia, the Middle East, right up to India in Southeast Asia. As a result, the period saw an unprecedented surge in the pervasion of Greek culture throughout the conquered regions. Their influence over politics, education, trade, culture, art, architecture, and lifestyle was overwhelming.

This period saw a dominance of Greek ideals in art and other areas of creative expression. Let us take a look at the characteristics and history of Hellenistic art.

◾ The years following the demise of Alexander the Great saw his generals take over the reins of his widespread empire by dividing it into smaller kingdoms. For instance, Ptolemy took charge of Egypt and the Middle East, whereas Seleucus got hold of Syria and Persia.

◾ The regions, though separate, were unified when it came to adapting Greek culture, education, language, and lifestyles, commissioning extravagant sculptures, mosaics, and other artwork, and investing heavily in building libraries, universities, and museums.

◾ The Hellenistic World is an umbrella term, which refers to the geographic reach of the Greek Empire, along with the roughly 300-year period it covered. Hellenistic Art is hard to be contained in a definition, but is used to refer to all the artistic designs and concepts which emerged and were established during this time.

Laocoön and His Sons

◾ Hellenistic cities were rather expansive, and comprised several dedicated recreational areas like parks, museums, and even zoos. These cities were meticulously planned, confirming to the natural settings of the region.

◾ In the instance of Pergamon, the Greeks built a colossal complex, which included structures used to house their political, administrative, and military offices. The Pergamon Altar was a part of this very complex comprising sculptures depicting the battle between the Olympian Gods and the Giants. The structure, or what remained of it, was restored by a team of Italians, and is now housed in the Pergamon Museum in Berlin, Germany.

◾ Gigantic architectural designs dominated the scene during the time―the second temple of Apollo at Didyma, Ionia, is a fitting example. Designed by Daphnis of Miletus and Paionios of Ephesus at the culmination of 4th century B.C., its construction went on until 2nd century A.D., but was eventually never completed. The sanctuary is regarded as one of the largest ever to be built in the Mediterranean region.

◾ This was an era that saw a meteoric rise in the popularity of various forms of art. A growing number of affluent citizens of the empire began to appreciate art, and even began to commission replicas of original Greek statues. Their homes and lawns were decorated with exquisite bronze fittings, marble sculptures, and intricately-designed pottery.

◾ The Romans sought these works of art in great numbers. By the 1st century B.C., Rome became the center of Hellenistic art production, with numerous Greek artists making the city their base.

◾ Hellenistic art was characterized by its attention to detail, and placed emphasis on naturalism. Artists began to create figures which realistically depicted the human physique and facial features.

◾ Sculptures belonging to the era were known to be carved in a manner that allowed them to be admired from all angles. The Nike of Samothrace, also known as the Winged Victory of Samothrace, is regarded as one of the finest examples of the artist’s mastery over aesthetic conventions and techniques. The sculpture has the winged Goddess of Victory, Nike, appearing to be animatedly suspended with her wings outstretched gracefully. The figure seems breathtakingly life-like, with an imaginary wind shaping its drapery, creating a fine confluence of physical and imagined entities.

◾ Eroticism also featured prominently in these designs, as statues of female nudes became increasingly popular during the period. The Venus of Milo, pictured above, is considered to be the ultimate expression of beauty, with her close-to-perfect proportions. Artists during the era did not limit themselves to depicting physical characteristics; they were known to strive hard to display the inner feelings and emotions of the subject in their work.

◾ The paintings and mosaics of the Hellenistic Era have mostly perished along the passage of time. Hellenistic pottery designs were found as far as Taxila, in modern-day Pakistan, where a lot of Greek artisans took up residence following Alexander’s conquest.

The Hellenistic Era culminated in 31 B.C., following the battle at Actium, where the Romans defeated Marc Antony’s Ptolemaic fleet. Despite its relatively short span, however, the cultural and intellectual life of the Hellenistic Period managed to leave a lasting impression on artists and scientists.