Psychedelic Artists of the 60s

There is something magnetic about psychedelic art - it evades reason but appeals to the psyche! This article on some of the best psychedelic artists of the 60s is a tribute to those creative geniuses who refused to follow the conventional artistic norms and carved a niche for themselves in the world of abstract art.... 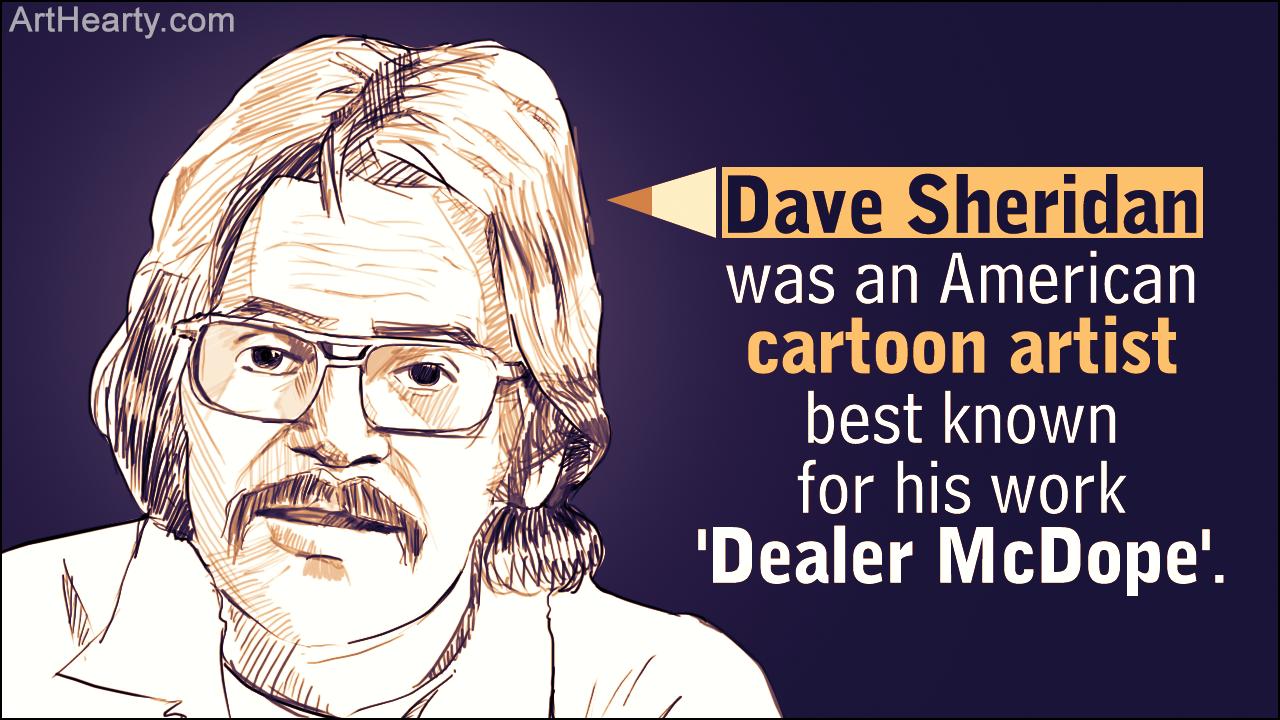 There is something magnetic about psychedelic art – it evades reason but appeals to the psyche! This article on some of the best psychedelic artists of the 60s is a tribute to those creative geniuses who refused to follow the conventional artistic norms and carved a niche for themselves in the world of abstract art….

The key feature of psychedelic art is the use of morphing effects, giving the feel that objects on the canvas are melting into each other. This art form is known as psychedelic art because it is believed to match the visual perceptions of a person under the influence of psychedelic drugs. The dizzying patterns and the morphing effects are attributed to the delirious state of mind of a person who is under the influence of such a narcotic as LSD, mescaline, psilocybin, etc. The word psychedelic means mind manifesting. Below is a list of artists of the 60s who made a mark for themselves by aiming off the mark of conventionality.

The works of the following famous artists inundated the 60s decade and revolutionized the graphics as well as the commercial arts scenario! Thank God these mavericks chose to walk the less traveled road, else the world would have been deprived of the possibilities of a different but creative form of expression!

Warren Lloyd Dayton (March 1940-Present) is among the most distinguished psychedelic artists of the 60s and currently lives in Sierra’s, near California. He is an American illustrator, graphic designer and poster artists whose posters imbibe considerable psychedelic influence.

Vaughn Bode (July 1941-July 1975) is known for his involvement in, and contribution to, underground comics, graphic design and graffiti. His best known creation is the comic strip character Cheech Wizard and a typical feature of his art style is the depiction of voluptuous women.

An English photographer and graphic designer, Karl is a pioneer and chief innovator of what is known as psychedelic photography. He worked with Jimi Hendrix in the late sixties as his photographer and album cover designer.

Hapshash and the Colored Coat

The Hapshash were a British graphics team who were active in the 1960s and are best known for their psychedelic posters which reflected strong art nouveau influences. They had promoted the appearances of such iconic bands as Pink Floyd.

John Hurford (1948-Present) is an English artist whose work is characterized by pronounced depictions of fantasy like landscapes and creatures and mythical beings. He has designed album covers for musicians like Judy Duble.

Kelley (June 1940-June 2008) was an American artist whose major works include designs for rock concerts and albums in the 1960s.

Klarwein (April 1932-March 2002) was born in Germany and is an artist of the 60s whose work is influenced by surrealism as well as pop culture and his artworks reflect his penchant for depicting non Western deities and his interest in symbolism.

Among the most distinguished poster artists of the 1960s, Bob Masse is still wears the crown of being Canada’s top rock poster artist. He is among the most coveted modern psychedelic artists whose works have garnered lots of attention and appreciation in the middle and latter part of the 60s.

Peter Max (October 1937-Present) is an American artist with German ethnicity and is well known for his iconic style of expression. His poster art style, popularly known as the Cosmic 60s art, could be seen on the walls of colleges and dorms all across America during the 60s.

Moscoso (1936-Present) is an American psychedelic comic book artist, and designer whose best known works include posters for concerts and illustration of many underground comix.

Sharp (1942-Present) is an Australian underground cartoonist, film-maker, song writer and artist. He is best known for his contribution to Australian and International pop art since the early 60s. His most popular works include psychedelic posters of Bob Dylan, Donovan, etc.

Shelton (May 1940-Present) is a prominent American cartoon artist who has also contributed towards underground comix arts. His most popular creations include The Fabulous Furry Freak Brothers, Fat Freddy’s Cat, Wonder Wart-Hog, Not Quite Dead and the cover for Grateful Dead‘s 1970s’ album Shakedown Street.

Dave (June 1943-March 1982) was a remarkable American cartoon artist of the late sixties throughout the seventies. His famous works include Dealer McDope and Tales From The Leather Nun. He is also the co-creator of the The Fabulous Furry Freak Brothers along with Gilbert Shelton and Paul Mavrides.

Tanaami (1936-Present) is a Japanese artist and designer whose works have adorned many a print and film and his psychedelic paintings have been widely exhibited. He has over 50 solo exhibitions, spanning across the late 1950′ to the early 2000s, to his credit and has written more than thirty books and essays on painting, print and films.

Hamersveld (1941-Present) is a known for his designs for psychedelic bands’ albums and record jackets. He is a graphic artist and illustrator by profession and his most prominent works include the graphic designs of The Beatles’ Magical Mystery Tour, The Rolling Stones‘ Exile on Main Street and The Grateful Dead‘s Skeletons in the Closet.

An American and psychedelic poster designer, Wilson (July 1937-Present) is well known for his design of the posters for Bill Graham of The Filmore. His style is synonymous with the peace movement and the 60s psychedelic art.

Born in Glasgow, Mark Boyle (May 1934-May 2005) was very active in the 1950s, having influenced the Underground subculture of 1950’s UK with his artistic creations. He is famous for his World Series work which he started working on in the late 1960s and which consists of recreation of various spots on the Earth’s surface that were selected randomly. Boyle has used natural materials from the sites of his creations as well as fiberglass and certain resins to create the specific artistic effects and impressions.

Apart from, the aforementioned icons, other brilliant psychedelic artists and famous painters of this genre include Pedro Bell, Fred Schrier, Ellis D Fogg, Amanda Sage, Rick Griffin, Alex Grey, etc. The unconventional has always attracted widespread attention but few have had the courage to walk the untrodden path. These artists dared to differ and create fantastic art bordering on surrealism that left the world amazed. Psychedelic art is for those who dare to foray into their subconscious – that plane of existence which does not fall along the lines of logic. This art form is a beautiful way to express the subconscious and give form to fantasy.