Psychedelic Art and the Kaleidoscopic World of Imaginative Wonder

Psychedelic art is "free", "magnetic", "colorful", "glaring", "rebellious", "youthful", and "absorbing". It beautifully captures the changes in mood and hallucinations experienced, under the influence of psychedelic drugs. Read this ArtHearty article to know the past and the present of this amazing art form... 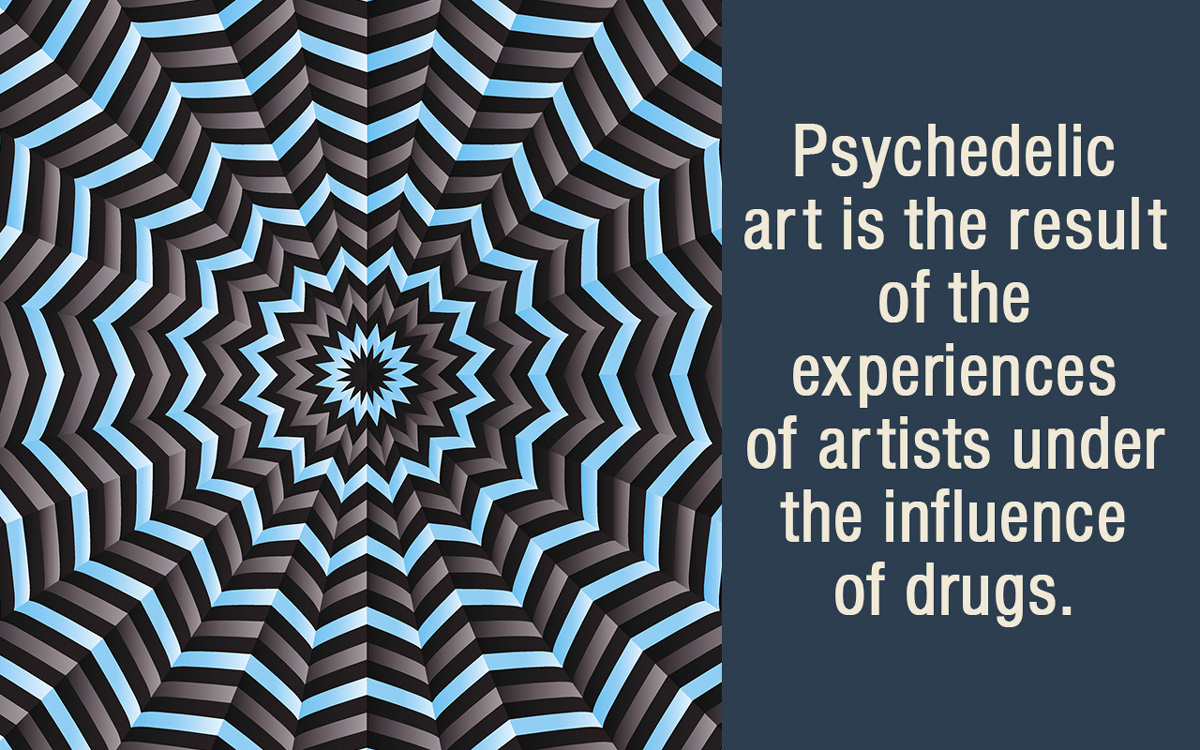 Psychedelic art is "free", "magnetic", "colorful", "glaring", "rebellious", "youthful", and "absorbing". It beautifully captures the changes in mood and hallucinations experienced, under the influence of psychedelic drugs. Read this ArtHearty article to know the past and the present of this amazing art form…

The origin of the psychedelic art form can be traced to the 1960s’ hippie movement. As the name suggests, it is an art form, which is inspired by the experiences an artist has, when he is under the influence of mood-altering and hallucination causing drugs like LSD, Psilocybin, and Mescaline. This art movement very aptly brought forth the revolutionary and rebellious ideas that were harbored by the proponents of the hippie culture. The counterculture that rose in the 1960s, which aimed at changing the society’s “system” and “rules”, was depicted very beautifully in the swirling patterns and surreal images of psychedelic art movement.

In its initial phase, this art form was not visual. Instead, there were writers like Aldous Huxley, who presented the psychedelic experiences they had when they were taking drugs, through their writings. Two other writers, Antonin Artaud and Henri Michaux, wrote about similar experiences in “Journey to the Land of the Tarahumara” and “Miserable Miracle” respectively.

✦ Poster Art
It was San Francisco based artists of the 60s like Victor Moscoso, Alton Kelley, Rick Griffin, and Wes Wilson, who painted psychedelic rock art concert posters, and made it extremely popular among the youth. These artists used saturated colors in outrageous contrasts with some strange iconography and collage elements. They are believed to be inspired from pop art, Victoriana, Art Nouveau, and Dada. San Francisco Psychedelic rock art remained at its peak between the years 1966-1972. It was used vastly for creating album covers as well as light shows during rock concerts, to induce a “trippy” atmosphere.

Due to this art, a brand new genre of comics known as “underground comix” emerged. These comic books were hilarious, vulgar, satirical, and weird – all at the same time. Some of these comic books even made fun of the hippie culture that prevailed during that era!

✦ Advertising
Seeing the popularity of the art among the youth, by the late 1960s, psychedelic art was lapped up by the advertisers. Thereafter, everything, right from cigarettes to shampoos to cars began to be sold by using this art form. During this period, the meaning of the word “psychedelic” underwent a big change. The advertisers started promoting psychedelic as something which is fashionable, colorful, and different. The irony of this is that this art form was started as a rebellion against capitalism and materialism, and now it was being used for promoting the very same “systems”.

✦ Graphics
In the 1990s, the Rave movement and the innovation in digital technologies saw the revival of this art, also commonly referred to as trippy art. At this time, software began to be used to create psychedelic vector art. So, we had geometric primitives like circles, lines, points, curves, polygons, etc., being used to show the hallucinatory patterns. The psychedelic art of the 1990s was influenced by the poster art, the advertising art, as well as the graffiti art. Today, we can find glimpses of this on concert posters, murals, prints, photographs, album covers, comic books, and light shows, all created by using graphic software. At present 2D and 3D images of such art on T-shirts, posters, and photographs have become very popular among a certain section of the society.

Although, psychedelic art had more or less vanished by the 1970s, the time when people started becoming aware of the ill effects of hallucinogens, yet, with the help of graphic designing and computer software, this beautiful art form has seen a revival. Today, we can find psychedelic clip art images on the Internet, and even create one on our own. This art form is still very popular, particularly among those who believe in freedom of dreaming, freedom of creating, and freedom of living! 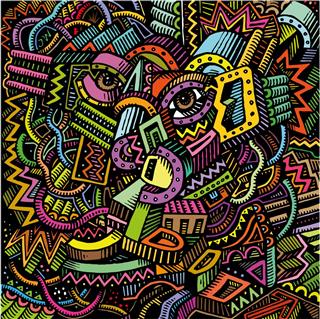 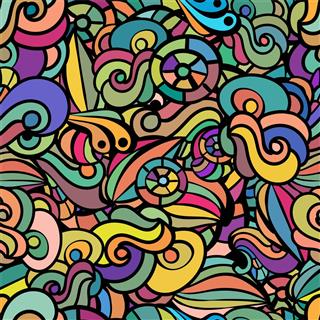 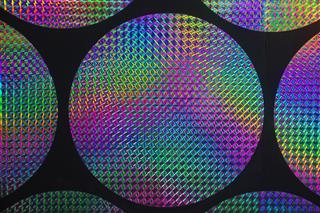 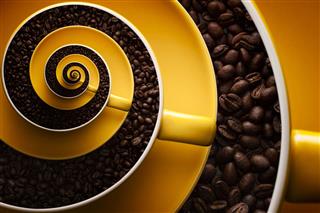 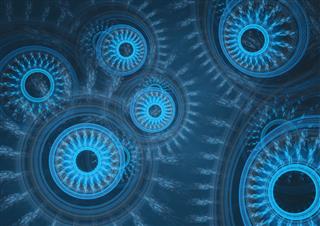 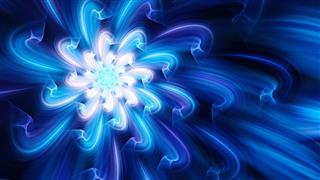 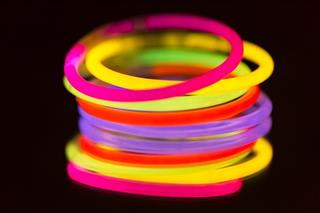 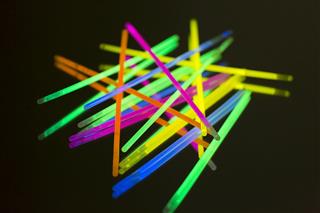 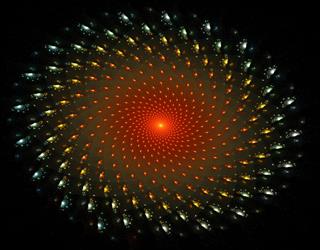 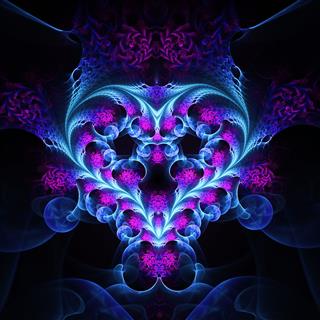 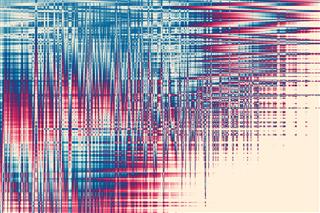 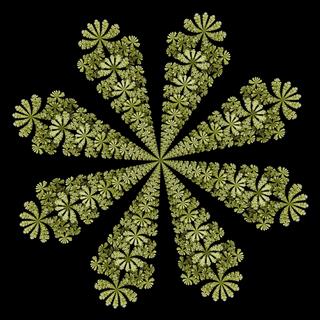 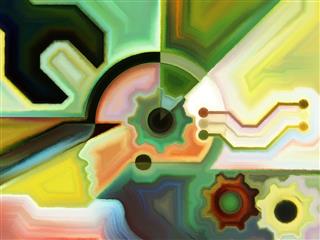 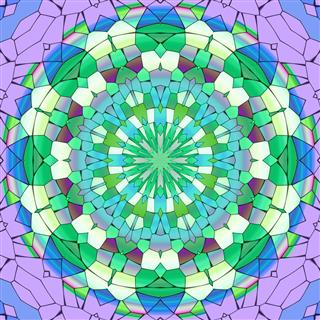 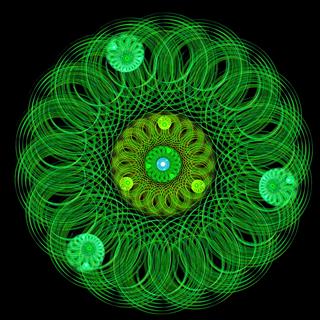 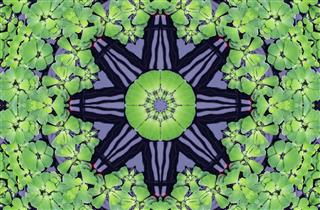 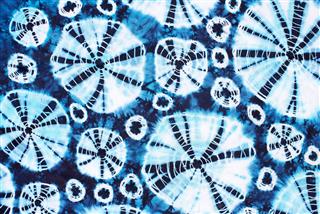 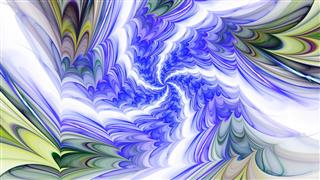 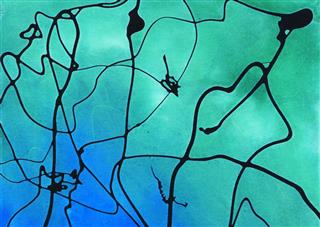